Here we have a fine little telescope for the opera in fish skin wrap, green vellum draw tubes and polished turned horn rings . Henry had his work shop in London under the sign of the Golden Quadrant at  Cornhill street, in the 1760’s. Peter Dollond came after him for using his design of an achromatic lens, and sued him successfully. We should remember that Dollond chased most anybody down that used his patent as a marketing tool. Dollond was able to keep other instrument makers at “bay” for years and made some serious money on the patent, un 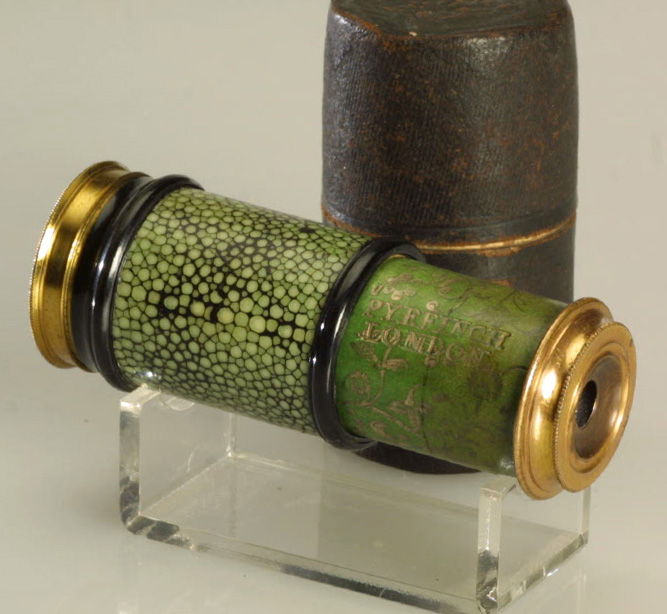 like his contemporary, David Brewster, who lost control of his patent on the Kaleidoscope almost from the beginning and millions of dollars in the process. Neither one of them actually invented these concepts. 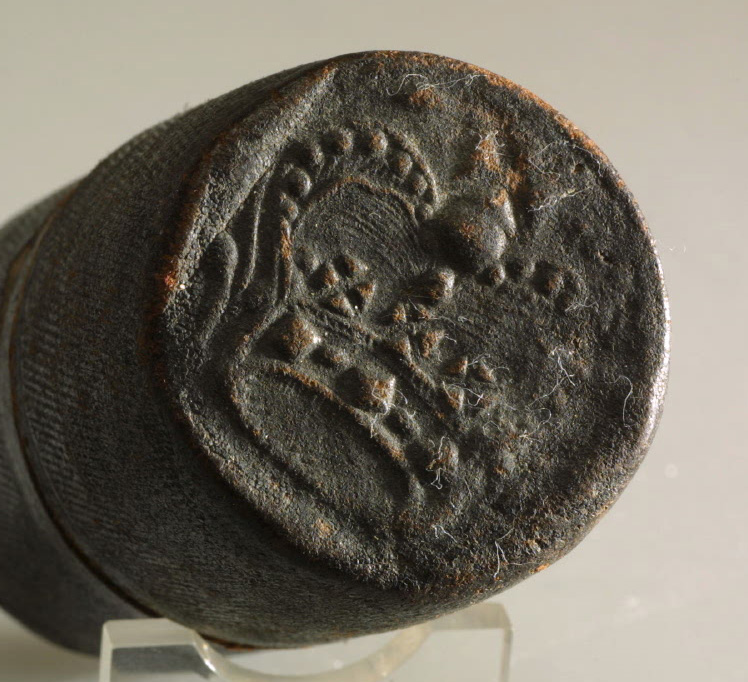